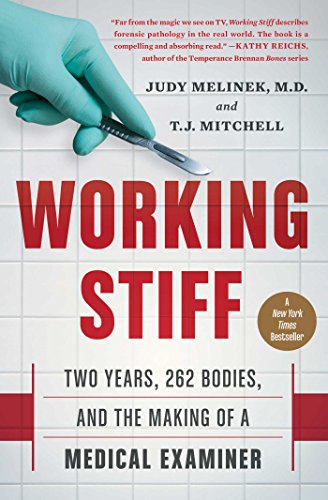 Poisons: Working Stiff: Two Years, 262 Bodies, and the Making of a Medical Examiner

This is one of these well-written books that I really loathed to put down when it was time to return to work after my lunch hour (of which I spent half of it reading) was over.

I really learned about what the medical examiner’s office does and really gets into the nitty-gritty of discovering the cause of what caused someone’s death in New York City. Dr Melinek considered one of the more horrific deaths to be one where the descendent fell into a manhole with steam coming out, was too drunk to climb out, and boiled to death.

Despite that grim description, this is a really well-written and fantastic book to read. If you want to know what a Medical Examiner does, especially in a large city like New York City, this is the book for you.